High-Voltage transmission line tower
The high-voltage transmission line tower, an image of modernism, connects us inevitably to urban civilisa-tion. How could we transform an element we bear into something we like to see?
Iceland is a country of water: Volcano rocks are surrounded by the sea, rivers, waterfalls, geysers, snow and rain. By thinking of a new design for an electrical tower, we want to take into consideration this envi-ronment. Therefore, we propose a crystal-like structure, elevating itself from the ground, as if nature had made it grow. As no ice crystal is like the other, our structure ﬁts its surroundings by the diversity of its lines. It cannot be the same twice.

If this diversity is the core of our structural system, how to raise towers in various environments (relief, ﬁelds, city, water) without changing its basic elements? We found an answer in TENSEGRITY (tensional integrity), a structural system in which the major loads are carried by a multitude of cables.
Thus, every tube has standard dimensions, those at the basis and the cantilivered ones being the thickest. The cable’s variable tension and lenght enables the structure to bend or to cantiliver according to the relief. Its triangular and isostatical base helps reducing foundations.
The system’s most interesting aspect consists in its manner of construction : the whole structure could be mounted and ﬁxed in the factory, except one cable. This way, the tower is completely folded and transpor-table by truck. It could be elevated by crane in its ﬁnal destination, where the last cable would be ﬁxed. The more this kind of structure is loaded, the more stable and solid it is. Thus, when the conductors suspen-sions and electrical cables are installed, the tower would enhance its statical capacities.
We have chosen stainless steel as construction material for the new towers. The main advantages are its technical properties, such as mecanical resistance, strenght and ﬂexibility. As stainless steel is almost en-tirely recyclable, we propose to transform the steel from the existing towers into tubes for the new ones. Some of the tubes could be in translucid polycarbonate. They would incorporate a source of light in order to illuminate the roads nearby.
By spreading our nearly immaterial structures in landscape, we would like them to resemble to Landart sculptures, rooting themselves where they are needed. 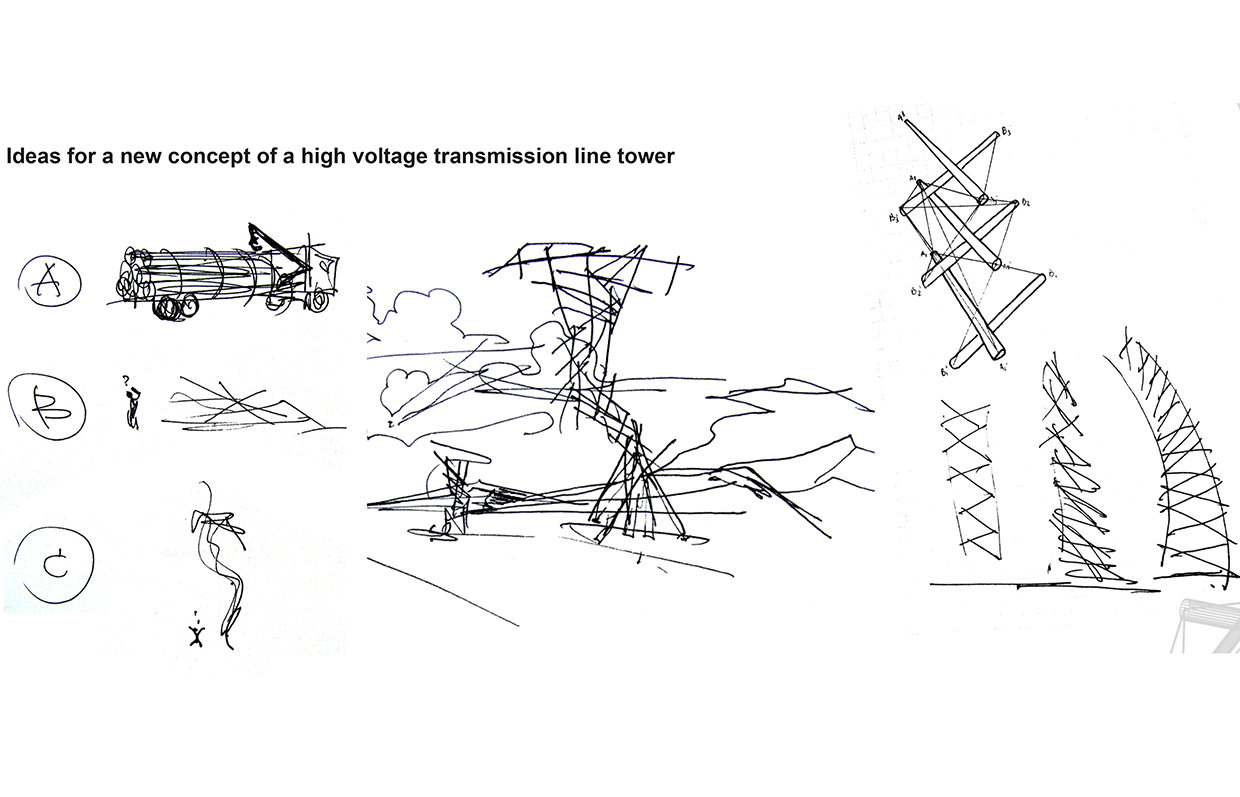 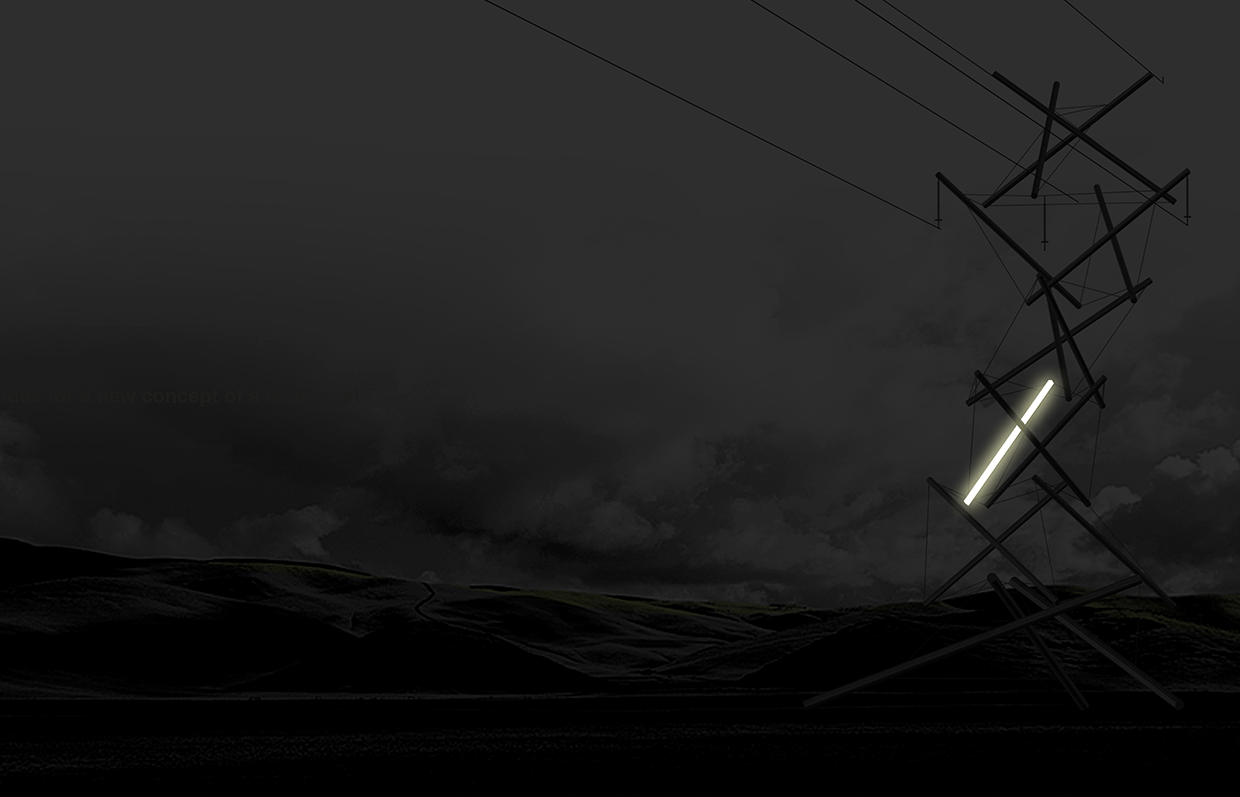